TRADE ACCOUNTSave 5% every day
Back to Site & Work Lights 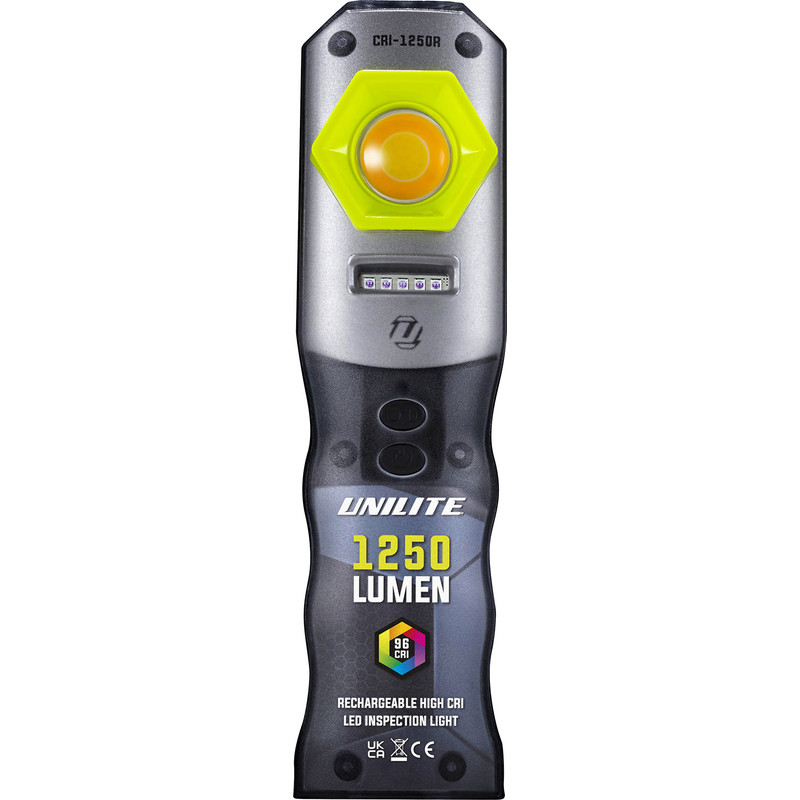 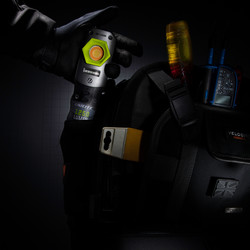 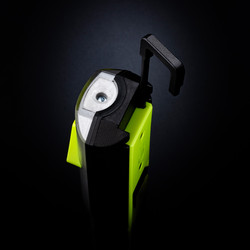 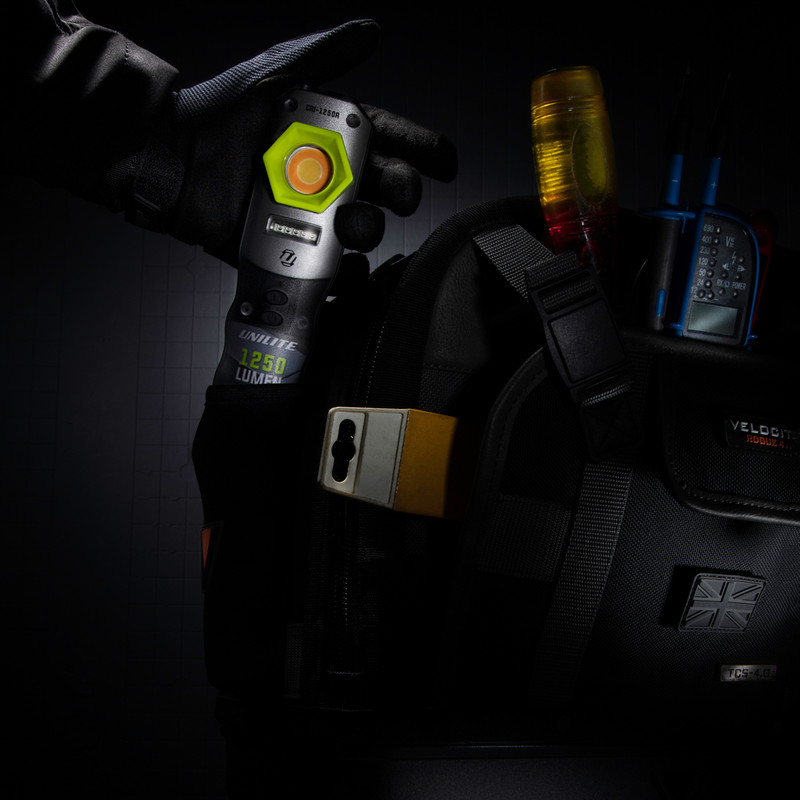 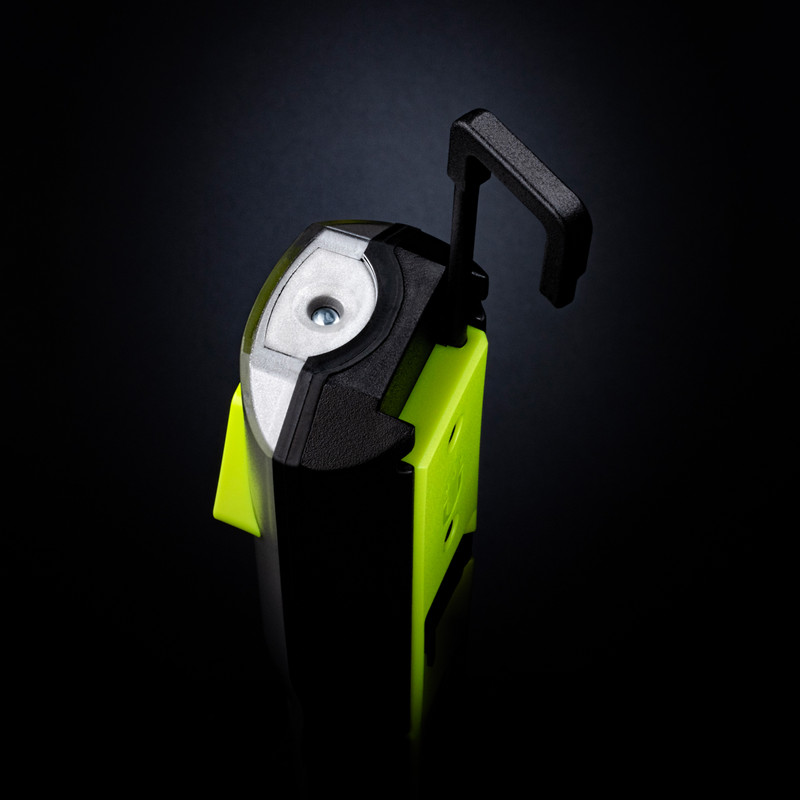 The CRI-1250R is a rechargeable High CRI 96+ inspection light. It has a 1250 lumen output and its light can be smoothly dimmed or increased via the convenient press and hold switch.
It has 3 colour temperatures of 2700k/4500k/6500k which is great for several applications including painting, detailing or anyone who wishes to work with a more comfortable working light. In addition to the main lights it has a top spot beam and frontal 5W UV LEDs. Constructed of tough aluminium and polycarbonate, it is built to withstand industrial environments. This structure provides IP65 dust and water protection, as well as IK07 shock resistance.
For handsfree use it has rear and base magnets as well as a 360° rotating hook. Rechargeable with a strong Li-ion 5000mAh battery, it can be recharged via Type-C USB cable, or charging base.