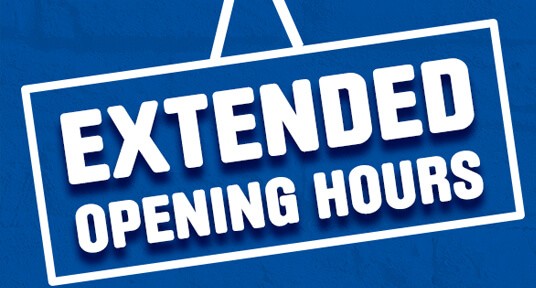 Our Scottish Branches are now open from 7am – 8pm, Monday to Friday.

From Monday 29th July, Toolstation branches in Scotland will be open from 7am – 8pm, extending the opening times by an hour in the evenings. By opening for an extra hour, customers will have more time to pick up supplies and take advantage of an additional hour of Click and Collect.

The standard opening times for Scottish branches are now as below:

Toolstation Glasgow Kinning Park North and Toolstation Dumfries will continue to operate under their current opening times, which can be found on our branch-locator.