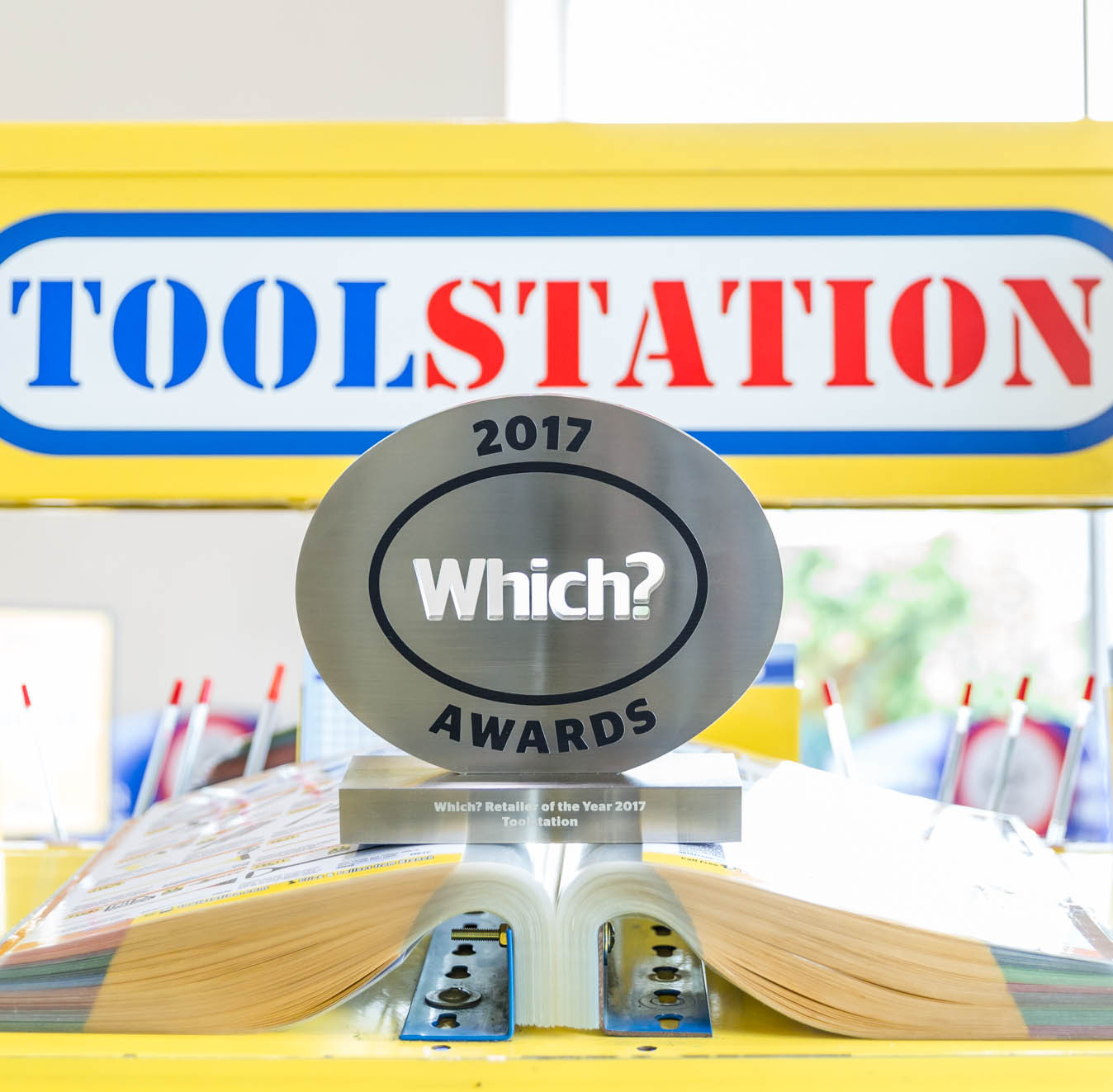 Did you know that Toolstation is a Which? Online Recommended Provider? Following being placed in the top four of the overall Online Retailer 2017 and High Street Shops 2018 surveys. In fact, we were also shortlisted for the Retailer of the Year Award 2018, which we won in 2016 and 2017.

The awards are voted for by Which? based on various surveys and feedback that they receive from their members and the general public throughout the year. Each year Toolstation has been praised for its low prices, ease of ordering and minimum of £10 orders for free delivery offering.

Toolstation has received consistent high scores in the Which? Online Retailer and High Street Shops surveys that have seen Toolstation ranked in the top five companies overall on numerous occasions and given the endorsement of Recommended Provider by Which? For both.

Toolsation has topped the DIY and Decorating category for online retailers for the last four years and saw them placed consistently in the top five overall; reaching 4th in 2017, beating some hugely popular retailers such as Apple and John Lewis.

Similarly, Toolstation has been placed in the top four overall in the High Street Shops survey since its first entry in 2016 where it shared top spot with John Lewis. It also topped the DIY category in both surveys.

Toolstation is extremely proud to receive these awards from Which? And the many consumers who wish to share their experiences with the consumer group. It helps us to continuously improve and grow, helping our customers to have a great buying experience.

If you would like more information on the Which? Surveys and awards please click on the links below. Best and Worst Online Shops Survey